California Governor Gavin Newsom cut through coverage of the upcoming general election and ongoing coronavirus pandemic with his Executive Order requiring 100 percent of new passenger vehicle sales in California be electric by 2035.

The Governor’s order is remarkable for a number of reasons. First, California boasts the world’s 5th largest economy according to federal data. When the U.S. and China do things, like enact import tariffs or pass new tax law, there are ripple effects throughout the global economy. As the 5th largest economy, California’s action of effectively banning conventional gas and diesel vehicles will also cause global ripple effects.

Will California’s commitment to 100 percent electric vehicles be the next policy adopted by ZEV and other states? Time will tell, but it seems likely that as automakers shift production to more EV models, conditions will be ripe for other states – and even other countries – to follow suit.

Another reason the Governor’s order is remarkable involves the current state of U.S. climate change policy. In 2015, President Obama stated that climate change was the most pressing issue facing humanity. For the remainder of his presidency, Obama released a number of Executive Orders aimed at curbing greenhouse gas emissions and brokered the Paris Climate Accord – the landmark global agreement to act on climate change. Since President Trump took office, the federal government has rolled back anti-emissions regulations and removed the U.S. from the Paris Accord. Motivated rather than deterred, local and state governments started to fill the pro-climate policy void left by Congress and the President.

More than 100 U.S. cities have pledged to switch to 100 percent renewable energy, many of them with a goal to do so by 2035. From Oregon to Wisconsin to Massachusetts, states from coast-to-coast are implementing strategies to combat climate change. For example, Wisconsin Governor Tony Evers signed an Executive Order committing the state to use 100 percent carbon-free energy by 2050.

So what makes Governor Newsom’s Executive Order stand out? After all, at least 15 countries around the world have either committed to or proposed banning gas and diesel vehicles, including Norway, Germany, India, and China.

For one, California’s plan to phase out gas and diesel vehicles is the first of its kind in the U.S. and, as we mentioned before, when California does something everyone seems to notice. Maybe it’s because the state has such a large economy. And maybe it’s because the U.S. is the largest importer in the world. If major consumer habits shift here, producers like automakers will have no choice but to respond.

Since the Executive Order was released, I’ve naturally discussed it with my colleagues, all of whom work in the electric vehicle industry, but it has also come up randomly with friends, acquaintances, and outright strangers who have taken keen notice. There’s no denying the impact it’s having both locally and abroad.

So what can we expect?

The language of the Newsom’s Executive Order is wide-ranging. It mentions electrifying all medium and heavy-duty vehicles by 2045, off-road vehicles and equipment by 2035, and drayage vehicles like UPS and Amazon trucks by 2035. In addition to meeting these goals, the order also commits California to a “fix-it-first” approach to transportation that emphasizes serving disadvantaged and low-income communities. This approach calls for improved rail & bus transit, bicycle, pedestrian, and micro-mobility options.

The Executive Order also lays out a number of planning deadlines. The first is January 31, 2021 to develop a Zero-Emissions Vehicle Market Development Strategy that will be updated every three years. By July 15, 2021, various state transportation agencies including the California Transportation Commission must identify near-term actions and investment strategies to achieve the state’s electrification goals.

As the first of its kind in the U.S., California’s goal to electrify its transportation system will be watched closely by other states, cities, and towns across the country and could prove an essential tool in the fight against climate change. 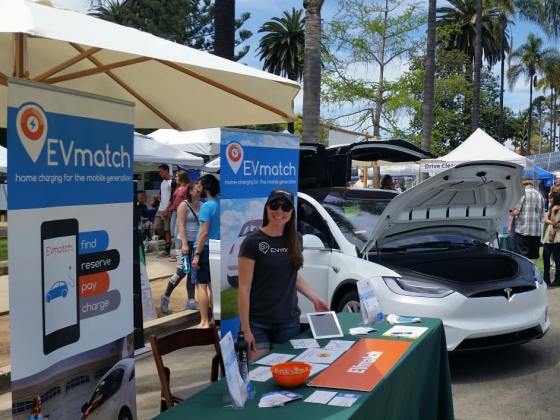