In my continuing quest to show that electric cars can ferry adventurous families just as well as gas-guzzling minivans and Tahoes, I can now say from experience that this holds true during the “new normal” of the pandemic. (Important note: we traveled between August 8th and 17th, after the second wave of COVID had crested, and would have not have done so had cases still been rising.)

As I’ve detailed before, special considerations need be made, even in a relatively long-range EV like our 2018 Model X, and more attention has to be paid to planning electrified road trips than coal-rolling ones. That said, we did not skimp on the degree of difficulty, lugging not one but four bikes on our hitch-mounted rack.

As a broad outline, we traveled from Sunnyvale, CA to Seaside, OR, which is roughly 750 miles each way. Since we have a baby (as well as two bigger kids), we couldn’t do the whole drive in one day, staying one night in a hotel on the way up and two nights, due to some extended family visit obligations, on the way back.

While I always endeavor to paint a realistic picture by including the tribulations, let’s start with the positives:

…And now for the challenging parts. While there weren’t many, one we did face pushed “range anxiety” to its logical conclusion. The problem was self-inflicted, largely. While the bikes we brought delivered many hours of joy, as you can see in the pictures, they also caused enough aerodynamic drag to render the estimated remaining mileage so overly-optimistic as to be effectively useless.

The bikes themselves weren’t the problem, though – it was the baby seat attached to my wife’s bike, which basically acted like a sail at highway speeds (not to mention accumulated a solid coat of bug guts). The baby seat felt like it was as good at impeding our progress as one of those parachutes that a funny car deploys at the end of a drag race.

The consequence of this was that our range seemed to be a good 25% less than I expected (some of which was probably also due to the car being packed to the gills), which meant 25% more frequent charging stops needed, 25% more nervousness about having enough range, etc. In the Siskiyou mountain range between California and Oregon, however, this theretofore relatively minor frustration turned into a major conundrum.

We were headed for Ashland, OR, and the warm embrace of an overnight charge, having left one of the two different Superchargers (!) in tiny Mt. Shasta, CA with Elon promising us (via the cockpit readout) that we would arrive at our destination, 75 mere miles away, with 15% charge remaining. As we headed up the hill just south of Ashland, though, I started to sense we were in trouble. The “estimated charge at destination” seemed to be dropping by one percent a minute.

In a ritual that my family has been through too many times to even be fazed by, I surreptitiously began the range-saving dance of first turning off the air conditioning (while it was 100 degrees outside, mind you), then the music, then the whole touchscreen. I couldn’t put the car in Autopilot, which is usually good for maximizing mileage, because there was construction, and I can start and stop myself more smoothly than can Autopilot in stop-and-go situations.

Soon enough, the entire family, other than our blissfully unaware baby Granger, had joined in the effort to coax our car over the crest of the hill. After several agonizing minutes, the nadir of which came when we hit 2 miles of remaining range, we crested the summit. Wouldn’t you know it, the sign proclaimed, “Highest Elev. on I-5.”

As we descended, we started to gain miles of range immediately. I clammed up, feeling like an idiot for having put my family through that. But then something happened that reminded me why I’ve been a pure EV driver since 2013 (and the first five years of that time were with much shorter-range cars, and we still took road trips, albeit shorter ones). Not two minutes after we’d escaped the crucible of the Siskiyou Summit by the skin of our teeth, Redmond, our irrepressible 7-year-old son, asked incredulously, “Why would anyone ever get a gas car? It doesn’t even charge when you’re going downhill.” More than anything, that’s what these sometimes quixotic journeys are about – establishing a new and better climate responsibility baseline for the next generation. I don’t know if I cried then, but my eyes are moistening thinking about it now.

Ultimately, when I was getting a flat on my bike fixed, my new best friend Andy, proprietor of A’s Bike Shop in Seaside, showed me that the bike baby seat had been cleverly designed to quick-release for cases just like the one I had unwittingly subjected my family to for the entire drive up. Duh. Oh, well – live and learn. I know now.

In the end, the trip was a smashing success, especially considering the pandemic and the fact that we had thrown it together only a few weeks before (when Hawai’i, our planned destination, had extended its traveler quarantine period for the umpteenth time). And, as it would have been a shame to have ported the bikes all that way only to leave them unused, I’m happy to report that we took some fantastic family rides, the best of which were along the mighty Columbia River in Astoria, OR and the somewhat wimpier, but no less scenic, Row River in Cottage Grove, OR.

Traveling with a baby is hard, and I won’t even get into the hordes of anti-maskers we had to fight our way through nearly every place we stopped. Those things are for a different story, and the trivialities I’ve written about are admittedly nothing in comparison to the unimaginable amount of tragedy that has been wreaked by this unseen enemy, the virus. Looking back with two months’ hindsight, and using admitted hyperbole, I can say that if we survived that trip, we can survive anything…a phrase I hope to be able to utter about the pandemic itself one day. 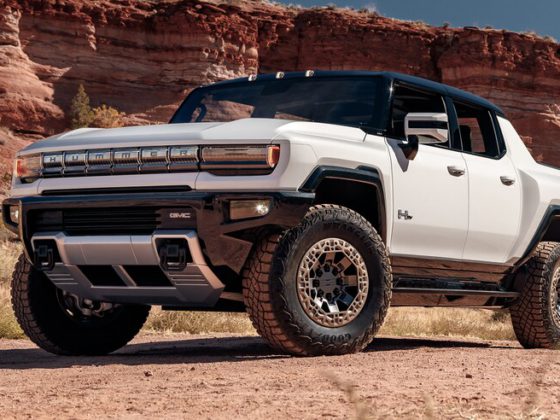 Will GM’s Fully Electric Hummer Compete with the Tesla Cybertruck?

EVmatch Installs EV Chargers At Multi-Family Properties, And They Could Be Available To You